When and why did you adhere to the Infrachain initiative?

Affidaty S.p.A. joined Infrachain in 2017, immediately after its launch. Our company focuses on long-term goals, and when we were informed of the establishment of Infrachain, I was struck by the techno-political approach aimed at finding solutions in compliance with European bills concerning the blockchain issue.

Infrachain addresses the critical challenges in the Blockchain area including governance, protection of personal data, distribution and decentralization of nodes, etc., for this reason, as our company is a Blockchain Technology and Infrastructure Provider, we considered strategic to actively participate in the operational vision aimed at training and informing political-economic actors around the topic.

What challenges do you face when it comes to the development of actual Blockchain applications?

In Europe and the rest of the world, adding to the problem of identifying the use cases in which it makes sense to apply such technology, there is also the difficulty of understanding the applicability limits.

In summary, the main challenges with the development of blockchain applications are linked to the underlying technology, which, in the most well-known production cases, does not allow the use on a sustainable scale, (not being) sufficiently fast and in line with the regulations for the Enterprise market as better explained in this link.

The problem also affects the identification of use cases for each segment where it makes sense to apply this technology, as well as the lack of culture on the type of technology to be used for a given sector, as best specified in this link.

Our challenge began in the spring of 2016 when we decided to create a basic technology for the transaction segment, by addressing the significant limits that prevented us from operating at a sufficiently fast, and at the same time sustainable level, without losing the intrinsic sense of blockchain security.

Starting from here, we faced innumerable challenges to realize T.R.I.N.C.I., the most modular and fastest certified data transfer system in a decentralized environment and distributed on a Trusted register. This type of blockchain technology allows you to write connected applications that communicate with each other, creating a network of attestations in every kind of relationship, redistributing and sharing workloads to the whole system through Smart Contracts without damaging the planet with unsustainable energy consumption for a technology with such a broad social impact.

And its main advantages and opportunities?

T.R.I.N.C.I. represents a new Blockchain frontier that “hybridizes” the peculiar characteristics of private and public systems and can be used from ticketing to educational qualifications, from safety training in the workplace to defending copyright, from doctors to pharmaceuticals companies, from finance to politics, in other words in all cases where a Trusted register is required.

T.R.I.N.C.I., on a distributed and decentralized register Independentchain, therefore, represents the first model that sets an alternative to the debate on the blockchain theme in the area of Legality, Safety, Sustainability, Scalability, Economy, Speed and (Efficiency., offering) the market a solution for institutions and large companies that need to manage supply chains with a series of actors, companies that must manage suppliers and sub-suppliers, banks, service companies, retail operators, guaranteeing everyone immutability, speed, security and compliance with European standards in the field of data protection and governance. The main advantage of using this technology will be the cost savings compared to the implementation of the same models built on the cloud.

In your opinion, where will Blockchain be the most efficient? How and why?

Before talking about “where” to apply, we need to understand “how” to employ, to facilitate the comprehension, let’s start from the segments that relate to the choice of precise blockchain technology as Ethereum compared to another as T.R.I.N.C.I.

For example, if you need to build a ticket office on blockchain technology where the number of transactions exceeds the order of hundreds of units sold and spent per second it is not possible to use a technology such as Ethereum as it would imply a wait of 10 minutes to properly execute the closure of the block which consequently would make applicability very difficult for obvious reasons of time necessary to process the transaction, when someone could suggest the off-chain method, however, at this point the sense of the trusted register and therefore of the blockchain would be lost.

Similarly, it is not possible to use a blockchain technology suitable for the world of transactions like T.R.I.N.C.I. to record activities deriving from the revelation of computerized systems such as those coming from a sensor network, which would undoubtedly require a technology much faster than T.R.I.N.C.I., therefore before starting to create verticals, it is necessary to have a culture of technologies made available by Technology Providers on the market to identify the technical features needed for a given project.

Once recognized the operational meaning of the technical contents offered by the various providers, it is necessary to understand that the blockchain can be used in four large fields of application which are

Once one identifies the segment in which intends to work on, it is necessary to investigate the application method further, i.e. what to keep on the cloud and what to implement on blockchain in the building of I.T. systems, in fact for the Enterprise world it will be primarily useful for developers of cloud architectures that provide for the organized management of flows and assets on complex processes, which would see blockchain technology as an excellent ally in terms of security, development and maintenance costs.

In fact, where today there are many hours of programming to manage a given process, thanks to the blockchain and Technology Provider such as IOTA and Affidaty S.p.a. it is already possible to insert functions to perform deterministic actions simply by calling a Smart Contract within the code for: monitoring, accounting, loading and unloading, generation or destruction of assets, allocations, sales and transfer of ownership, etc.

This technology was created to make the life of programmers easier and to allow enormous savings in time and money for companies, which, in the not too distant future, will make their choices on which technology to use and how to use it based on parameters and precise requirements as follows:

What is needed to really start the adoption of Blockchain?

Our company believes that it is necessary to spread the technique through the training of developers who now operate on cloud technology, so that they can deeply understand the differences and the intrinsic advantages to be applied in cases in which sophistication is needed and that, through the use of blockchain technology would save many months of programming for the realization of a specific system based only on the cloud.

This type of initiative would make it easier to develop blockchain applications starting from a real and consolidated market instead of trying to identify revolutionary processes that will surely come true only after a deep understanding of the basic paradigms of blockchain technology. In summary, hoping that the next Service Provider will rise, making the blockchain as indispensable as Amazon, Facebook, Twitter LinkedIn etc. made the internet indispensable today, is a utopia. It is necessary to inform and train the technicians and financial directors of the operating companies on real scenarios and consolidated in a simple and direct way, offering a perspective that allows the Comparison of existing models, with advanced Smart Contract, aiming to identify contexts on which to intervene for a significant strategic and industrial advantage, obtaining privileges from this technology, reducing the technical and/or process costs, reducing waste and recovering lost or missing resources. The Blockchain is not technology for advertising, certainly not a temporary phenomenon, it represents a great innovation that saves resources at a time when the world has a great need … This is progress … the rest is marketing.

To give a simple example, let’s take the terrestrial dislocation in the vertical “Logistics”. This sector mostly uses cloud technology for the activities of which it is composed, which, to be adapted to the diversity of the various operators, requires a lot of sophistication to perform all the procedures necessary to carry out a correct tracing of an event.

To a large extent, the existing sophistication is sold by providers that offer pre-packaged, As-A-Service licenses as well as storage space at more or less high costs. However, for each of them, the programming of  Asset movements, or a small part of code, remains necessary. This, according to the type of logistic operator, requires more or less security, more or less automation, more or less human responsibility and this part of sophistication, if it was delegated to a smart-contract on a distributed and decentralized register, would undoubtedly lower the cost of the operation, to the benefit of firms that find themselves in hard times and that probably were not correctly informed by market agents that currently offer cloud-based services.

Therefore, if we want to tackle the issue of the adoption of this technology, there is only one way to go, correct information from competent Bodies such as Infrachain and good technical training on the part of Technology providers that offer real Blockchains and not cloud-based services. 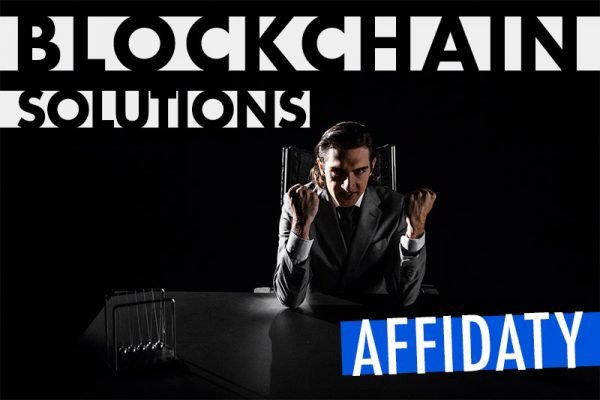 A Grosseto-based company among the winners of the Innovation Oscar