Usually we do not publish on the blog articles on the events in which we participate, since we have a special section online that collects press reviews, videos and various insights on all the events we organize or take part in, you can find it here.

This time however, given the international relevance of the event in question, we decided to make an exception. Especially also because it was an opportunity to present our ecosostenible concept “Sharing Economy Design” in front of a public that is very attentive to digital innovations in favor of a better planet

From Da Vinci to Nakamoto: Innovation, Trust and Logic under the sign of Blockchain adoption

On September 26th during the International Symposium on Digital Earth 2019, now in its twentieth anniversary, the round table “From Da Vinci to Nakamoto: Innovation, Trust and Logic under the sign of Blockchain adoption” was held and promoted and organized by Affidaty Spa, the only for-profit organization present among the speakers of the entire event.

The frame of this debate was the Onice hall of the Palazzo dei Congressi in Florence, where the “Earth” theme of the whole symposium combined with the genius of Leonardo and the technological revolution launched by Nakamoto, were the basis for the official presentation of ” Sharing Economy Design “, the new eco-sustainable concept, designed and developed entirely by Affidaty and whose decentralized synoptic is able to unlock enormous amounts of value trapped within a non-shared economy.

The speech opened with Prof. Andrea Della Croce, Product Manager of Affidaty Spa, that, in front of a crowd, explained what were the environmental needs that led the company to rethink the way to produce and consume, looking for to assist a more efficient organization of resources that breaks down economic barriers, connect processes and organizations through the TRINCI blockchain, followed by Prof. Paolo Santancini, Blockchain Architect of Affidaty Spa, that explained on a technical level how it was possible to create a system that supports software and hardware this new synoptic and decentralized digital philosophy of business connections.

“Digital land and sustainability” was therefore the main theme of the meeting where, in addition to the members of Affidaty, took turns: Prof. Baldassarre of ISTC-CNR, Prof. Fedriga of the Department of Philosophy of the University of Bologna and Prof. Caucci of the Department of Literature and Psychology of the University of Florence, enriching the main theme with notions of Artificial Intelligence linked to the Blockchain, philosophy and psychology linked to New Technology. 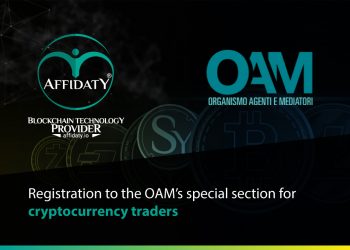 Registration to the OAM’s special section for cryptocurrency traders 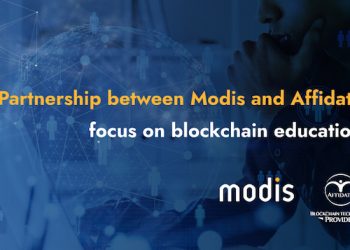 Modis and Affidaty partnerships in the field of blockchain and training 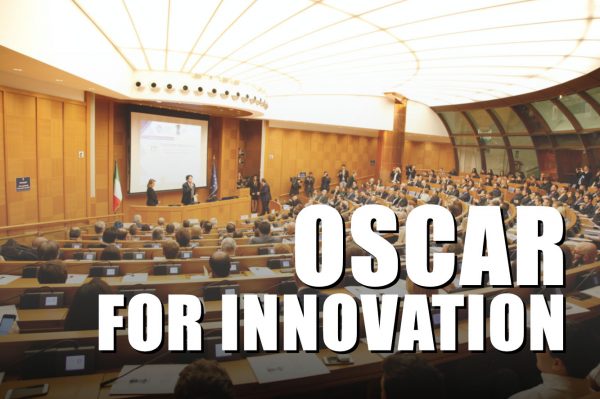